Many of the corporates have their own IT infrastructure and take care of long term maintenance of their IT software and hardware. When technical partners/vendors help them develop new applications, the entire development and testing environments are provided by the clients themselves. As access to these will be restricted, developers will need to be on the VPN always. Site to site VPN helps the entire development team be on the VPN. If every developer has to be on VPN then there is a pain of logging in individually, worry about traffic every time they browse or sometimes making their system  not accessible in the local network. 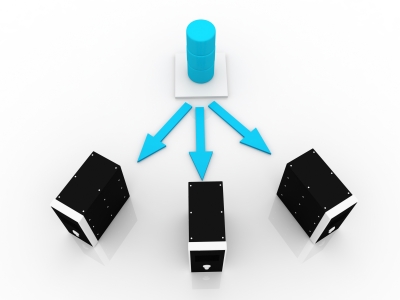 Our development team had many machines with Mac and Ubuntu OS where we had trouble configuring the specific VPN software to work. We were also short of time to get the paperwork going and get a site to site VPN up and running. It was only with the help of few windows systems we were able to connect and run some tests and do development work. There was an urgent need for everyone to access client’s systems and resources, it was at this time Apache HTTP server and Rinetd came to the rescue.

This is what we did to solve our VPN bottleneck.

With the above steps we were able to complete our development without going through the paper work of setting up site to site VPN.