It was the eve of a festival and I was returning back home from another city. The gateway to my home town was choking with unusually high traffic with everyone trying to rush to meet their near and dear ones. A stretch of few kilometers took more than an hour. It is at this time I witnessed a miracle. There was a sound of an ambulance siren approaching, on hearing almost every one on the road made their best effort to make way for the ambulance. In such a dense choking traffic there was a pathway made under a minute good enough for the ambulance to pass through. The patient who must have survived her illness might not even realized how tons of strangers on the road help save her life. 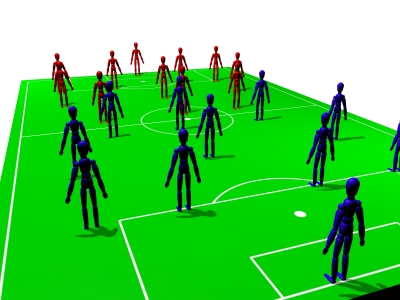 We humans are altruistic by nature and some how from inside it makes us feel good when we help others. Reader’s digest also mentioned in one article that may be only humans who were helpful to each other survived droughts, war and other adversities so that trait is deeply ingrained within us. There are also some beliefs about collective intelligence being superior than the sum of all individual intelligence. This is very evident from team games like football where the understanding between the team members a mix of skills gets the team to win. I have observed the striker scores more goals than anyone else in the team and most of the times ends up being the most valuable player. In my opinion the striker who scores a goal is largely enabled by the other 10 in the team.

Workplaces are no different, at many workplaces team work always matters; and many of those workplaces have awards like employee of the month/quarter/year or super star awards. The awards definitely help a lot to life the spirits of those who win it but it also puts a dent in the rest of the team’s spirit as the winner is enabled by the team and hardly there is a credit to the team. It is better to do away with these kind of awards and much energy can be concentrated on removing negative influence in the team like someone who exploits the system and team setup. It takes only one selfish person to bring down the morale of a high performing team, we must make sure our workplace does not offer any dividends to someone who tries to exploit; instead make the workplace such a way that the more cohesive the team becomes the more rewarding and enjoyable it is to work.