What happens when creating things becomes very easy? People will create things just for the sake of creating something without careful consideration. The best example I could see is the mobile phone app stores, within a few hours we could create an application and that made people flood the app stores with lots and lots of spammy products. Google had no other option than to intervene and remove ‘Low quality’ apps from Google play to tackle this. Still the number of apps available on the app store is so huge (600,000+ ) that it is not at all meaningful to go through lists and choose what suits us. 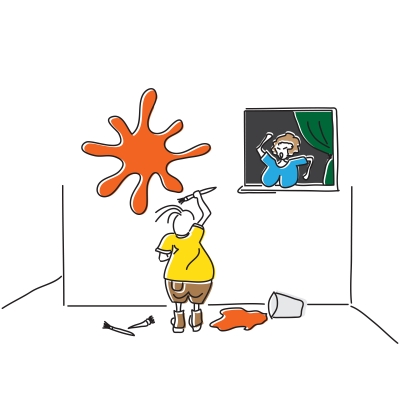 Alan Kay talks about Inverse Vandalism in the The early history of smalltalk. Here is the excerpt

A twentieth century problem is that technology has become too “easy”. When it was hard to do anything whether good or bad, enough time was taken so that the result was usually good. Now we can make things almost trivially, especially in software, but most of the designs are trivial as well. This is inverse vandalism: the making of things because you can. Couple this to even less sophisticated buyers and you have generated an exploitation marketplace similar to that set up for teenagers. A counter to this is to generate enormous disatisfaction with one’s designs using the entire history of human art as a standard and goal. Then the trick is to decouple the disatisfaction from self worth–otherwise it is either too depressing or one stops too soon with trivial results.

This is not just applicable to creating software programs, it is applicable in places where automation and mass production is present in any form. We as consumers also tend to buy more of the same product once it becomes cheaper than buying something else with the saved money. This is illustrated by Jevons Paradox, technological progress that increases the efficiency with which a resource is used tends to increase (rather than decrease) the rate of consumption of that resource.