In medical field there is a term called Sutton’s slip which is used when possibilities other than the obvious are not considered. Problems are everywhere and when we try to solve them we tend go for the obvious solution. When going through the 11 laws of fifth discipline by Peter Senge I inferred that there are more problems created through easy corrective actions one takes for the problem. If we focus on the obvious solutions then as per the ‘laws of fifth discipline’ things seem to get better and then becomes worse than it was ever before. 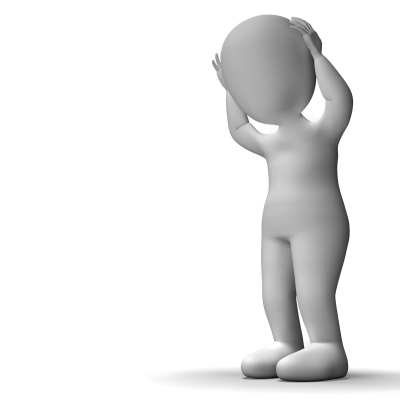 One example I could think of ‘where going for the obvious was a wrong choice’ was at my workplace. Our software development team’s velocity was in a constant decline. Velocity directly translated to the requirements getting implemented and clients always had a close watch on it. One of us in the team decided to include a metric ‘Cost per story point’ to help bring visibility into the cost associated with building a feature which in turn he believed will drive the team to be conscious of the output and take corrective actions  much early on to reduce the cost. What followed was the inflation in the estimates, the team was using fibonacci series as the estimation scale. We had 1,2,3,5 as possible sizes for our stories, what we did not notice was that there were no new 1 point stories added to the backlog. Slowly inflation ate up the 1 point story and the two point story became the beginning size. Though it eventually led to a lower cost per story point, the value delivered was much lesser.

When you’ve got a hammer in your hand, everything looks like a nail

Few years ago one of my friends suggested that I read the book “Maverick” by Ricardo Semler. In this book, the owner of Semco corporation in Brazil details out on how he transformed an ailing company which he inherited, into a successful and profitable one. He did this by redefining the rules of management and empowering employees at all levels. One of my favourite moves was to remove the traditional hierarchical designations and introduce roles which explain the nature of the job. Roles like Associates, Partners, Coordinators & Counsellors removed the perceived hierarchy and brought titles closer to what people do, instead of who is the boss of whom. Taking few leaves out of the book I tried the following in teams which were adopting agile.

Both the coordinators and facilitators can be rotated from the pool of associates in the team. Each team’s associates together comprise of all the skill sets needed for achieving the goal or in the course acquire them.

What are the benefits? When people don’t perceive hierarchy within their team, they were able to own things collectively. Irrespective of the seniority & experience, I have observed healthy debates in the team which has contributed to good work. People become comfortable with each other when the perception of hierarchy is taken out which helps in easy retrospection and one to one feedback also gets better as people consider every one in the team as peers.

Introducing these roles (associates, coordinators and facilitators) in the team does not need any structural changes in the hierarchy of an organisation, these are just titles in the team for people to identify themselves with the nature of work they do and remove the perception of hierarchy.